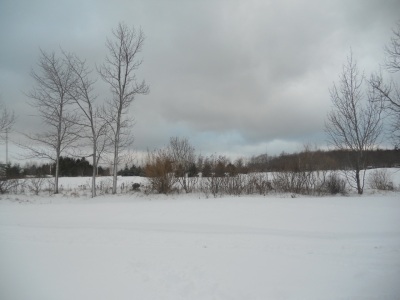 It SNOWED!  On Tuesday the awesome weather forecast said that on Wednesday we would get 30 – 40 cm of snow.  We really did get it.  I woke up around 6:45a.m. and the snow was already falling and didn’t stop until around 10 or 11 that night.  Sometimes it was light snow, and it was the worse in the afternoon. I managed to get the animals all snug in there homes.  Afternoon classes were cancelled, but I did not go in to school in the morning either.  I thought I would share some pictures with you from the first “real” snow fall of the season (we had a light dusting a couple of weeks ago). 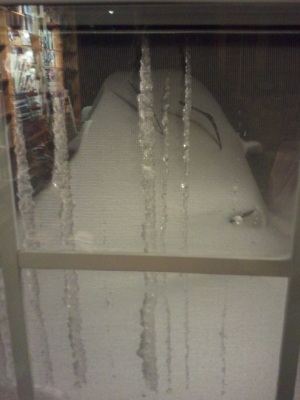 I took this the night of the storm.
Let’s say I wasn’t looking forward to digging it out in the morning. 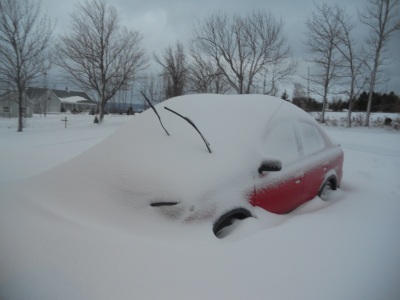 This morning as I think about what to do.
Dig out and go to school?
Classes ended up not starting until 10, but I still would not make it on time.
Plus no winter tires yet make for not fun driving. 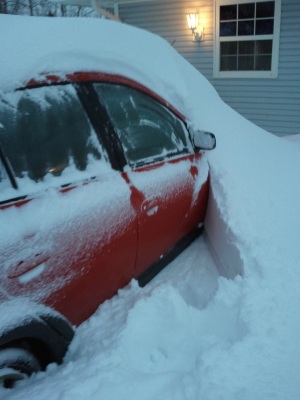 Tried to get into the car.  I really needed to shovel! 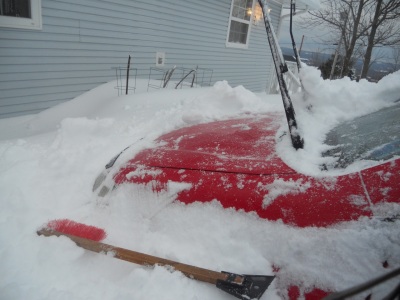 Getting the top cleaned off! 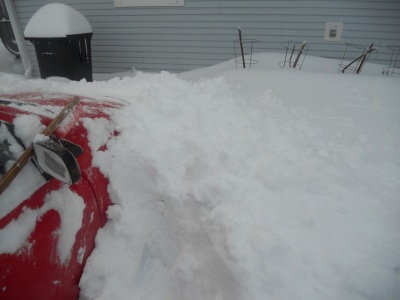 I made it a little deeper. 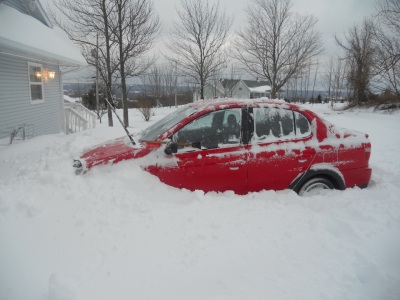 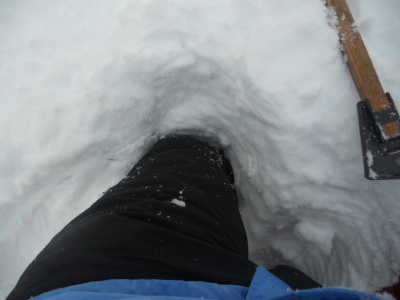 In some places it was up to my knees. 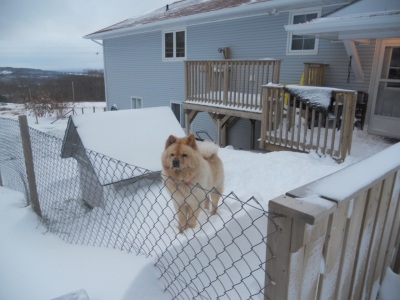 Harley in his snow filled pen.
Although in some spots you can still see the grass popping out.
Gotta love snow drifts! 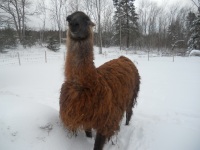 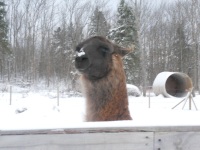 Yatchi enjoying the snow!
For some reason the hens and rooster weren’t coming out of the coup! 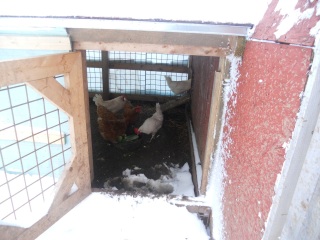 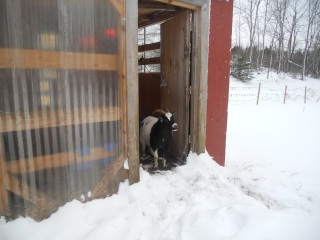 Figuring out what’s going on! 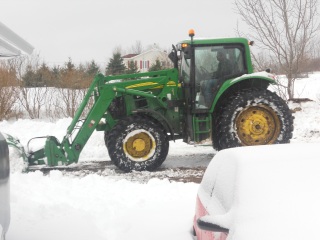 The tractor who finally came to clear the driveway! 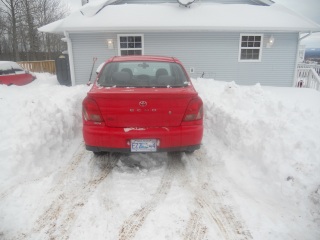 I did get myself dug out!  It took me about an hour to shovel around the car.  I had to take a break halfway through.  I’m not use to doing something like that!  It was good exercise.  I love the snow, I just don’t like driving in it.  My favourite things to do in the winter:

What’s your favourite thing about winter? 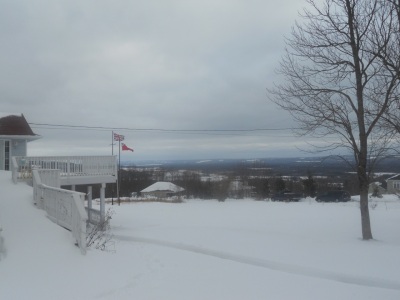 If you are receiving this through email, please go to Jackman’s Journeyto visit the blog

3 thoughts on “Let it Snow: The Storm”