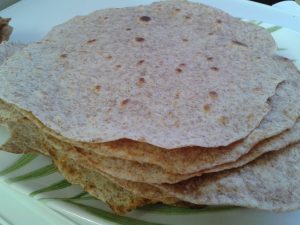 I’m all for recipes that have 5 or less ingredients.  Why?  Because that means they are easy to make.  They might not always taste good, but the ones I have come across have been great.

And what is with the new craze on Facebook of posting recipes and everyone shares them?  Isn’t that what Pinterest is for?  Or is this for the lazy person or the person who refuses to join Pinterest?  I was a refuser at one point, but I did it, I signed my life away last year.  Although, come to think of it I don’t use it as much as I thought I would.

With all that to say, a few of my recent recipes I’ve tried have been found on Facebook.  Like this one.  They are quick and usually easy.  Although, I do have an oatmeal banana cookie recipe that I had before it hit Facebook.  But mine is much simpler – 2 ingredients (unless you add cinnamon – which I highly recommend – oh and mini chocolate chips).  I think another similar recipe was going around FB had a couple more ingredients and maybe even a little bit of flour.  No need people – go with the 2 ingredient one!

Are they really as great as they sound?

I saw the recipe for white flour tortilla’s on Facebook.  You can find it on Carl Barbaro’s FB page.  Follow him if you want.  By the way, I’m not endorsing him  at all – I’m just giving credit where credit is due.  Although, he seems like a nice guy with nice posts.  Maybe I’ll follow him.  I never really got the whole follow thing on FB.  Isn’t that what Twitter is for?

I was excited to see this recipe because I like bread.  But I don’t have it around the house often and I don’t make it.  But this recipe allows me to kind of have it both ways. I get bread and I can make it.  Mind you it’s really thin bread and not fluffy. It’s a type of bread, right? 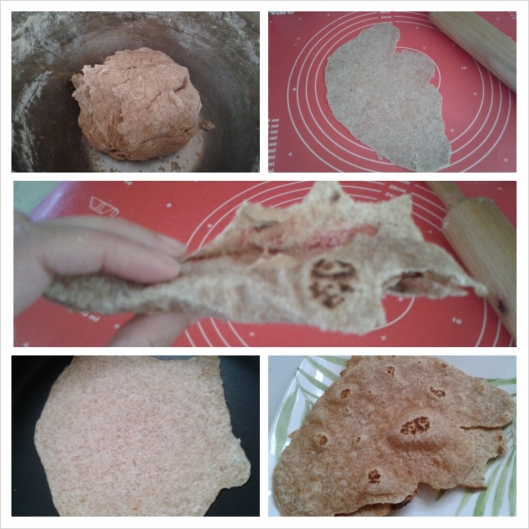 Yum! PB & Jelly tortilla wrap. So I wasn’t so great at getting them round…

I ate two with peanut butter and raspberry jam!  Yum.  They are quite good.  I might try playing around with them a bit and add different herbs or honey and see what happens.

Try them out.  They are super easy!