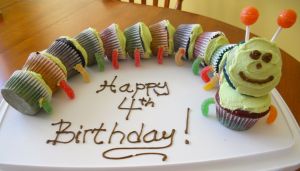 Have I mentioned that I love decorating cupcakes!  I like making them too, but the best part is decorating them.  My last post about cupcakes was about mixing Jello in the frosting.  This time around I coloured the cupcakes to make a fun caterpillar.  This was for my little buddies birthday party.  He turned 4.  What 4 year old doesn’t want a caterpillar made of cupcakes on his birthday?

How to Colour your Cupcakes: 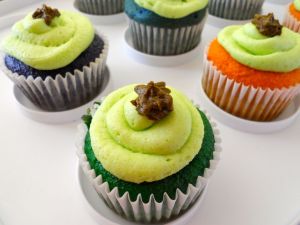 I frosted the caterpillar cupcakes with a new frosting recipe I found, which might just be my go to recipe from now on, and added Lime Jello to make a green colour for the caterpillar.  The book where I found the idea used white frosting.  I think the green frosting added to the look of the caterpillar. 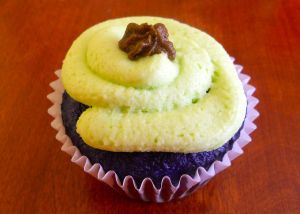 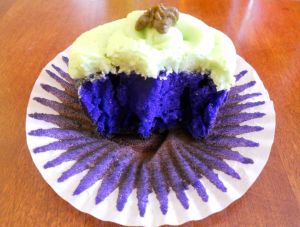 Would you rather bake & decorate the cupcakes or eat them?  Drop me a line in the comments.  I would love to hear from you!

Today’s Cupcake Creation came from The Cupcake Bible purchased from Khol’s while visiting Texas over the Christmas holidays.